There are currently only two ancient sports which continue to be practised on a massive scale: running and boxing.

The reason is that ever since the primitive man has lived on the planet, the human being responds to dangers in two ways: fleeing or facing them. This is what is known as ‘fight or flee reaction’, a physiological response that provided prehistoric humans with the mechanisms to respond rapidly when faced with a threat, marking the difference between dying and staying alive.

Despite the human brain having evolved over time, the reflexes thanks to which our body and mind can nowadays face a competition, speak in public or react in an emergency, are identical to those of our ancestors and, therefore, we continue to respond in the same manner: fleeing or fighting.

Fighting with our fists as a competition and spectacle is as old as the sport itself, since there is evidence of boxing being practised since 4,000 BC. Boxing was not invented for those who were already strong; they didn’t need it. It was invented to overcome, so the smaller or weaker could beat the larger and stronger. So that training, determination, courage and brains could win over mere brute force. 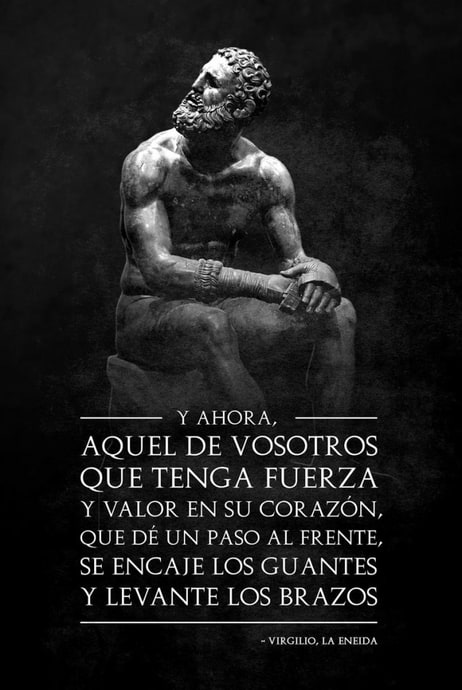 “These are boxers, as complex and imperfect as you or I, like any other man. Admirethem, if the epic of their lives has come to thrill you. Be fascinated by them, if you don’t understand the motivation that encourages them to jump into a ring. But in one way or another, treat them with respect. The same respect whole and courageous men have deserved since ancient times”.

Life is a contact sport. We are welcomed into this world with a smack on the bottom, not with a kiss on the cheek. Fortunately, there are fewer and fewer situations in which we need to fight in the strict sense of the word, but each day we are forced to fight for everything we want to achieve, to the point that nowadays we refer to fighting and fighters as a metaphor. A metaphor for any person who has not resigned to spending their life lying on the canvas or listening to protection accounts. Training like a fighter will make you think like a fighter. Doing it without breaking your nose is where we come in!

But boxing isn’t just about fighting. It’s a skill that requires patience, discipline and hard work. We’ll teach you to think and to act like a professional boxer in the ring, so you can feel like a fighter when you’re outside the ring. By changing physically, you will also change your mentality, so that the training can help you to face any challenge, overcome any obstacle, strengthen your body and, what’s even more important, your will.

In life, as in boxing, the one who falls to the ground isn’t necessarily the loser. But the one who doesn’t try to get back up.